In our fourth installment of an ongoing feature profiling the industry’s longest-owned newspapers, we look at the eastern portion of the Midwest region, home to the longest-owned daily in country: the Celina (OH) Daily Standard, published by the Snyder family since 1848. As impressive as that distinction may be, it is not an anomaly within the region. Of the 88 daily newspapers owned for over a century, 11 are in Ohio, more than in any other state. Other front runners include the Sandusky (OH) Register, acquired by Isaac Foster Mack in 1869, and the Youngstown (OH) Vindicator, acquired by William F. Maag in 1887.

We do have a correction to make. In our spring newsletter, we reported that Missouri’s longest-owned daily was the Columbian Missourian, which has been owned by the University of Missouri School of Journalism for 107 years. In fact, the Columbia Daily Tribune, its cross-town competitor, tops it by three years, having been owned by the Waters/Watson family since 1905. The paper was acquired by Ed Watson, great-great-uncle of the Daily Tribune’s current president, Andy Waters, who ran it until his death in 1937. We’ve included Missouri a second time here. 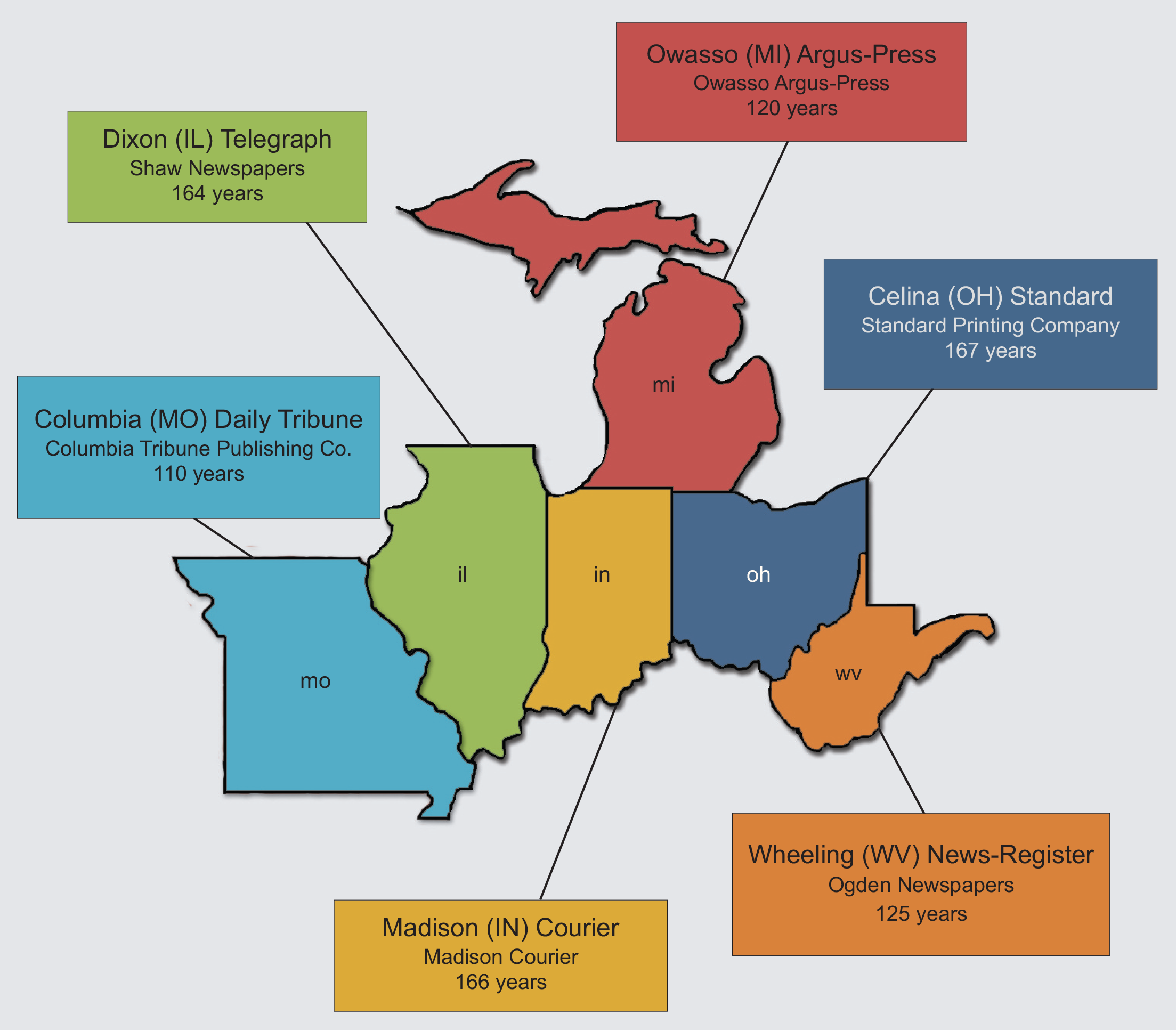