Public Companies on the Hunt

With Tribune and New Media leading the pack, public companies have been the buyers in transactions totaling a overwhelming 91 percent of daily newspaper deal dollar volume so far in 2015. With deals including Tribune’s $85 million purchase of the San Diego Union Tribune and New Media’s $102.5 million purchase of Stephens Media earlier this year, the public company transactions have been large in scale. While these transactions represent the vast majority of dollar volume, ­they represent 33.3 percent of the total number of deals completed so far this year.­

This dominance in deal volume has historically been the case, as the public companies tend to control larger newspapers. Today, the eight pure-play public newspaper companies own 27.5 percent of all dailies in the United States, yet these dailies represent 45.7 percent of daily circulation. 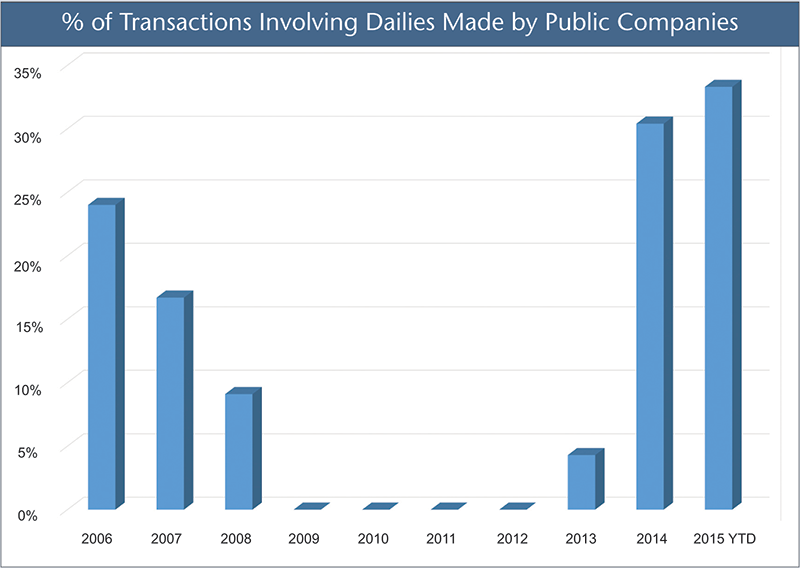