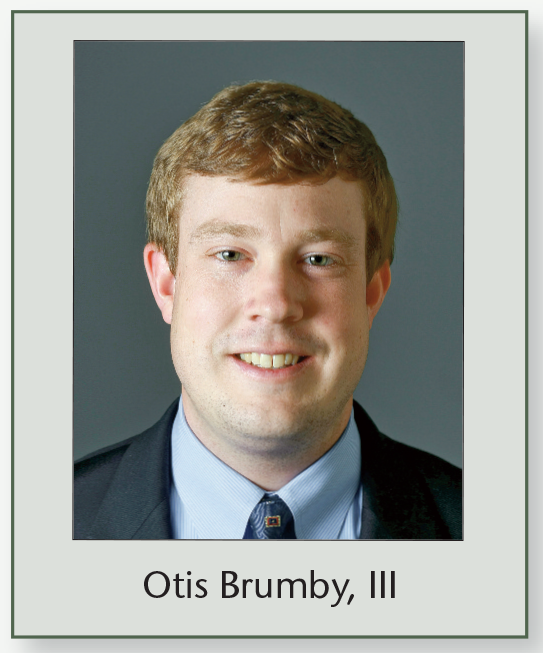 Otis Brumby started the weekly Cobb County (GA) Times in 1916, and in 1951 purchased the competing Marietta (GA) Daily Journal. His son, Otis Jr., came to work as the assistant to the publisher in 1965 after earning a law degree at the University of Georgia. Otis Jr. took over as publisher two years later and soon launched a major expansion with the Neighbor Newspaper group, which eventually published 27 free weekly newspapers throughout metro Atlanta’s suburbs.

Today, Otis’s grandson, Otis Brumby III, leads the family company, and like his father, recently expanded its holdings with two acquisitions. DV&M had a chance to ask Mr. Brumby about the decision to expand his company.

Earlier this year, your company made a significant acquisition with the neighboring daily Rome (GA) News-Tribune and non-dailies in northwest Georgia and northeast Alabama. Why did you want to get bigger in newspapers?
Simply put, we believe in local community newspapers. The Rome News Tribune is one of the oldest newspapers in Georgia, going back to the 1840s. These northwest Georgia and Alabama communities have a tremendous amount of pride, and we feel newspapers can not only survive but thrive in these types of markets.

Strategically, if you look at the footprints of each company, they mesh seamlessly together. For us, it was a natural expansion into northwest Georgia. We went from eight counties to 14 with virtually no gaps in our footprint. That was very appealing to us.

As the third generation family publisher of the Marietta Daily Journal, how did you get board buy-in for making a major investment in the industry?

I am fortunate to have a supportive board that believes strongly in the value of local news. At the same time, we don’t necessarily believe bigger is always better. The growth has to make sense. Both of our purchases this year were natural expansions with benefits on the revenue and expense side of the business.

We have always been a very conservatively run company with little or no debt going back to my father and grandfather. While this is certainly a major investment for our company, it is still conservative by our traditional standards.

The acquisition gave you a much larger regional presence. What have you found to be the major advantages of owning a larger media footprint from a revenue perspective? How about on the expense side?
From a revenue standpoint, we can offer some of our larger customers a broader coverage area by reaching nearly 500,000 homes each week. However, each market maintains a local feel and we can still offer a local business an affordable and effective way to reach the consumer. On the expense side, there is some duplication between the two companies that can be reduced due to the close proximity of the newspapers.

The best part of the purchase has been the quality employees we were able to add to our team. There are some passionate, dedicated and talented individuals we were able to bring into our organization. We learned they did some processes better than us, and vice versa. While it is still early in the integration, both companies will be better run and more efficient as a result.
­

You have since added an additional non-daily newspaper to your product lineup through acquisition. Are you still looking to grow?
We are always willing to look at quality opportunities. The Cherokee Ledger is a 20-year-old, established 40,000 circulation requested publication that we purchased at the end of May in a market where we already had a daily newspaper. This was one that fit our model, in our current geographic footprint, and made absolute sense for us.

What advice do you have for other independent owners who may be looking at the possibility of growing through acquisition?
Getting bigger through acquisitions just to get bigger isn’t necessarily a good thing. But if the deal fits within your current model and cultures are similar, we still feel local newspapers have value.