In our fifth installment of an ongoing feature profiling the industry’s longest-owned newspapers, we turn to the Northeast. Pennsylvania, which has more dailies than any state in the union save California and Texas, comes out near the top of this group, with eight newspapers owned for more than a century. LNP, formerly the Lancaster Intelligencer Journal, is one of the oldest continuously published newspapers in the country, having been founded in 1799 as the Lancaster Intelligencer and Weekly Advertiser. It was acquired by Andrew Jackson Steinman in 1866 and has been owned by the family ever since.

In terms of ownership, however, LPN is just beat by the Rome Sentinel of New York, which traces its roots back to the 1821 founding of the Rome Republican. The Sentinel has been owned by descendants of the Waters family since 1864. 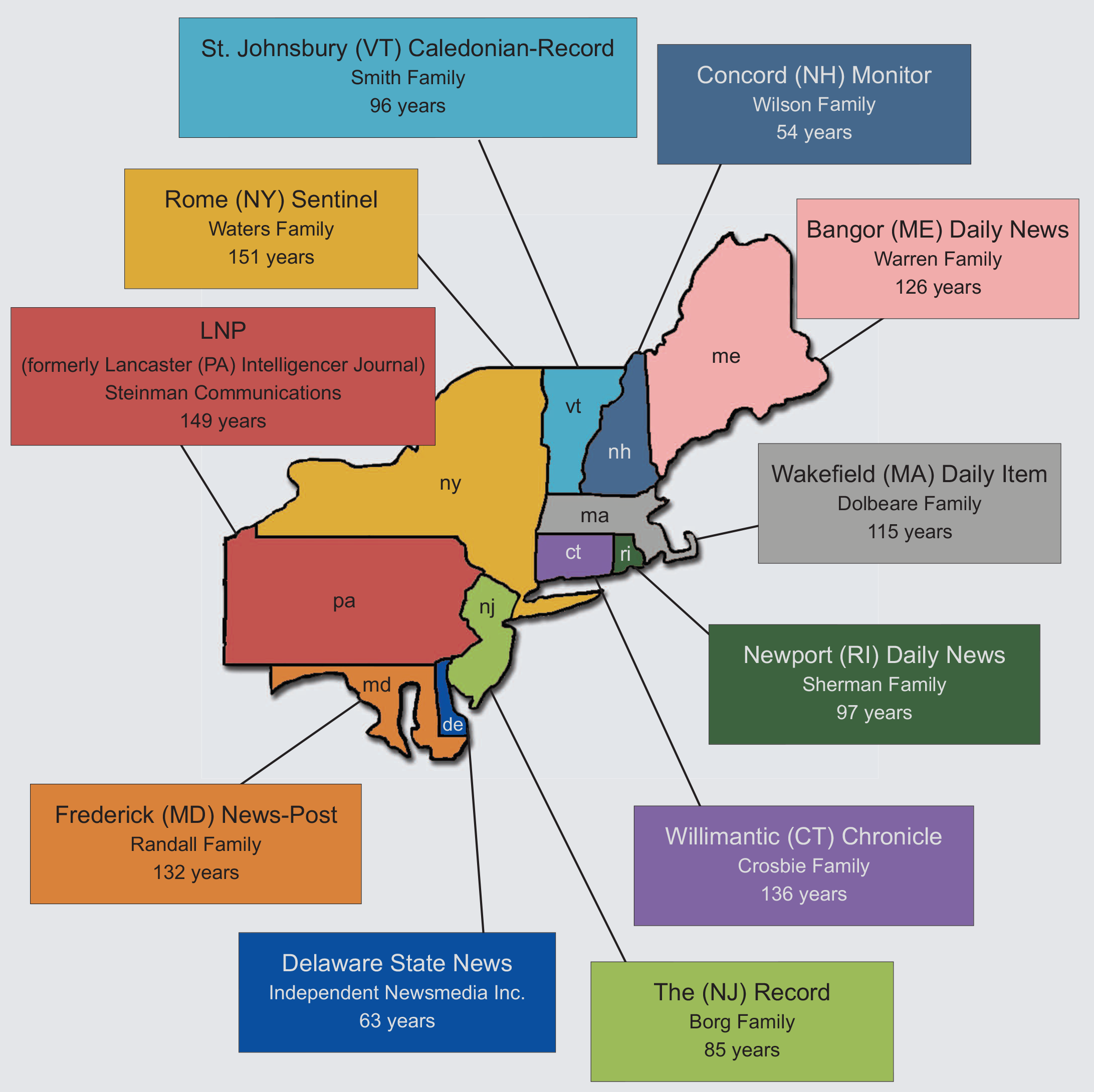