Family owners and a four-way tie

We ventured west in this sixth and final installment of our series examining the industry’s longest-owned newspapers by state. Family owners have a been a common theme throughout this feature, and they prevail in the West as well. The longest-owned papers in four of the six states in this region are owned by families, including the Cowles family in Washington and the Voorhies family in Oregon. 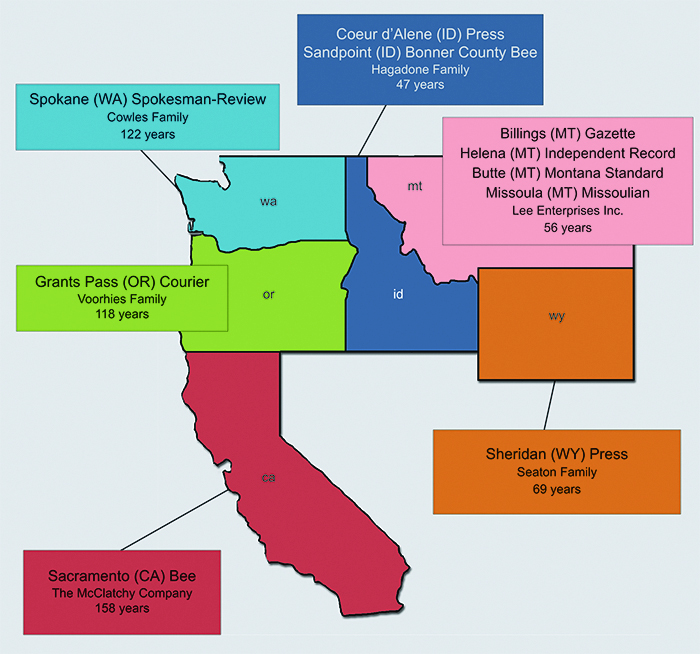